Before diving into how Buddhism effects the thoughts and beliefs of the Ancient Chinese people it would be best to explain how Buddhism made its way into China. The spread of Buddhism into China is shrouded in mystery as the date it entered China remains unknown. Erik Zürcher, a Dutch scholar specializing in Buddhism, Sinology, and Chinese religions, best describes the issues with pinpointing the exact date or year Buddhism entered China.

“[Few] passages about Buddhism which occur in early Chinese historical works are, so to speak, casual remarks made by the historiographer in the course of his narrative. Apart from a few phrases in the Hou-Han ji, a fourth century history of the Later Han dynasty, none of these passages were written or included with the intention of saying something about Buddhism itself,”[1] 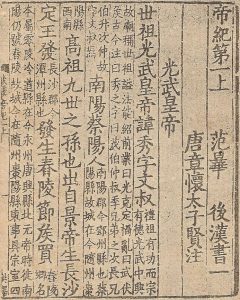 Image 1: A page from the Hou-Han shu (Book of the Later Han) https://en.wikipedia.org/wiki/Book_of_the_Later_Han#/media/File:%E5%B.jpg

Zürcher pinpoints the difficulty of finding information relevant to dating the entry of Buddhism into China. Discovering mention of Buddhism in the Hou-Han shu is important for understanding just how long Buddhism has influenced Chinese culture. It is very likely that Buddhism arrived through trade routes as the Romans created bulk commodity trade by ship possible in the second century CE. This meant that the Romans created trade routes by sea, which made the transportation of goods for trading much faster and safer. Buddhism likely spread to China between the second and first century CE. Along with the spread of Buddhism in China came many ideas and inventions related to the ancient religion. 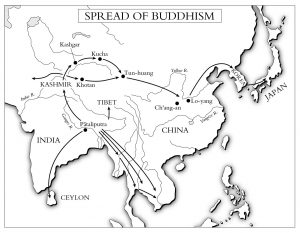 Image 2: Depicting the spread of Buddhism into early China

Stories of legend make many claims as to when Buddhism arrived into China. Kenneth Ch’en argues, “these accounts concerning the introduction [of Buddhism to China] are legendary or unreliable or are due to the religious zeal of Buddhist writers,”[2]

When one hears the term “Buddhism”, they tend to associate it with enlightenment, non-violent monks, karma, and reincarnation.[3] Due to karma and belief in reincarnation, ancient Chinese Buddhists believed in an afterlife that enforced ramifications for those who acted sinfully during their time on Earth. Every person was judged on their time on Earth and their actions corresponded with what their path in the afterlife would be.

Prior to the arrival of Buddhism in China, the common view of the afterlife was quite morbid as the Wealth, family, and status were the most important factors when establishing their path in the afterlife. Simply, the wealthy were comfortable in both life and the afterlife while the poor remained uncomfortable for eternity. The arrival of Buddhism drastically altered this mindset as the dead were no longer being judged on their wealth as karma was the major factor that determined one’s path in the afterlife. This new view of the afterlife was a drastic change from the two major Chinese religions at the time, Confucianism and Taoism. Buddhism changed how ancestors were viewed and the requirements of their descendents. This directly affected Ancient Chinese culture as Buddhism rose to popularity. The fear of going to Buddhist hell was likely a terrifying one because unlike in Christianity one us unable to be forgiven for their sins. The specific details of Buddhist hell have been illustrated through historic texts, as well as pieces of art. Some of the literature that describes these images of Buddhist hell are stories of those who have traveled through it and returned to tell the tale to the living. 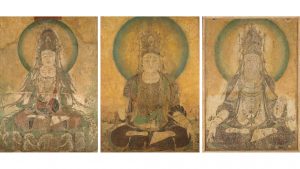 The Buddhists’ beliefs in the afterlife was not the only thing Buddhism impacted in China. The largest impact Buddhism had on China was literature and language. For nearly 1000 years, since the entry of Buddhism into China, Chineses buddhists translated buddhists scriptures into Chinese.  This was very important because the ideas and beliefs of the Buddhists could be read by and taught to anyone that could read Chinese.  New theories and ideas meant new words for the Chinese Buddhist translators and many of those new words have been incorporated into the Chinese language, paving way for a new types of Chinese literature such as novels, religious literature, and song lyrics. [4]

After Buddhism arrived in China the quality of one’s afterlife became based on their own actions and decisions made during their lifetime on Earth. This was very influential as many people began to change their beliefs and how they chose their actions. However, the malevolent tortures of Buddhist hell made it easier for people to do the right thing. Buddhist religious teachings were translated into Chinese and taught to mostly poor Chinese civilians. Their teachings allowed the poor to gain hope for a better future in their next life through reincarnation. This was important to the spread of Buddhism as the poor made up the majority of people, fortifying the influence of Buddhism in Chinese culture.

The impact Buddhism had on ancient China was tremendous, influencing many new ideas that made the people of China act in new ways. The teachings of the Buddha will forever be intertwined in Chinese culture as without it China would not be the same.

China's Magical Creatures by Tineke D'Haeseleer is licensed under a Creative Commons Attribution-NonCommercial-ShareAlike 4.0 International License, except where otherwise noted.